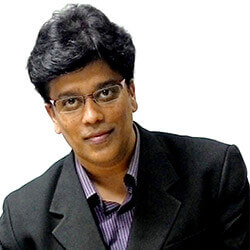 Book launch of "In the Shadows of Death"

"In the Shadows of Death" was launched by a panel comprising of Subodh Sarkar, prolific poet, writer and recipient of the Sahitya Academy Award; Amrita Mukherjee, author and journalist; Antara Banerjee, author, poet and painter and Reetasri Ghosh, Director, Ananta Aspen Center at Starmark, Quest Mall on 28-Apr-16. 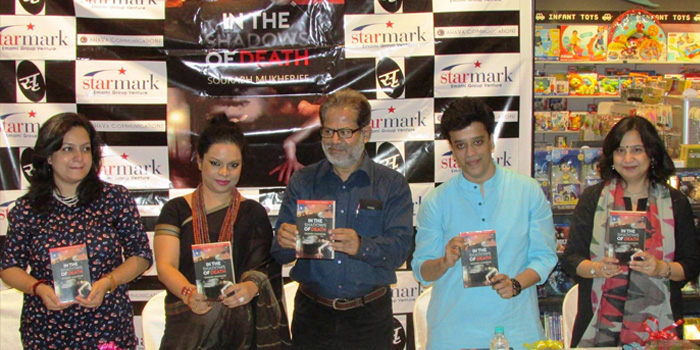 Describing the writing as ‘intelligent and layered’, Shri Subodh Sarkar mentioned that, adopting the right language for a thriller is not easy, and that is where the book scores with its language and tone. He mentioned how the style of writing thrillers changed dramatically from the '80s with the works of celebrated Italian author Umberto Eco. “Thrillers are no longer stereotyped. A contemporary thriller is also a story about human emotions, human relationships, and our frailties and vulnerabilities. In the Shadows of Death is a classic example of the same. It may not be entirely right to call this book 'just a thriller'. It is a social commentary, and there is profound philosophy to be found in the book”, he said about Mukherjee’s book. He read out a portion of the book poignantly dealing with human feelings, and compared the intensity of feelings with that found in traditional Bengali literature, while still conforming to a global style of thrillers in postmodern writing.

Author Amrita Mukherjee felt “the investigation is faultless and all threads in the story are neatly tied up.” She also made special mention of the way in which the concept of “reverse sexual harassment” has been handled in the book. She loves the way the city of Kolkata is depicted in the book, for example, the throbbing nightlife in the Park Street area of the city.

Author Antara Banerjee read from the book and highlighted the fact that “the story focuses on the protagonist Detective Agni Mitra’s inner conflicts, his vulnerability and his personal crises, which makes the character real and not larger than life and infallible as most detectives in this genre end up being.” She also made special mention of “the narrative style where the reader is empowered, and has a bird's eye view of how the mind of the antagonist works, and why he acts the way he does, which is rare in Indian crime fiction.” She appreciated the fact that "although the story deals with themes like adultery and workplace sexuality that many may consider taboo and controversial, the narrative is never sleazy.”

Reetasri Ghosh read from the book and appreciated the portrayal of the antagonist and the way “he switches from his deviant cringe-worthy thoughts one moment to normal chores of everyday life the next.” A voracious reader of crime fiction herself, she compares the depiction of detective Agni Mitra to that of Alex Cross in James Patterson's novels, mainly from the perspective of how the character is developed.

The panel unanimously felt that detective Agni Mitra is all set to emerge as a brand in his own right in days to come. 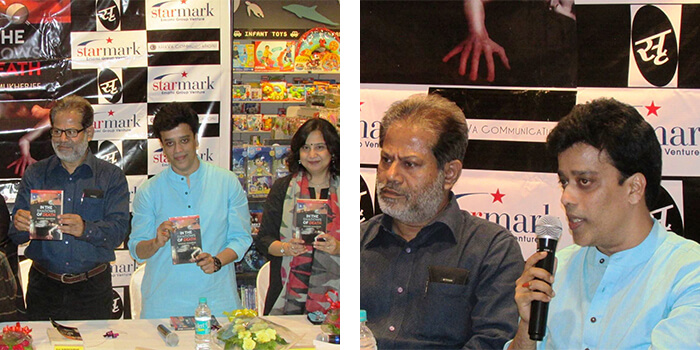 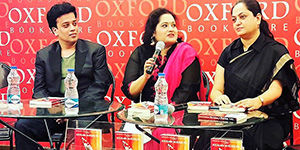 Book launch of "The Colours of Passion" 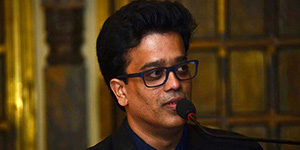 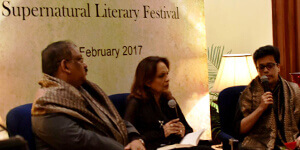 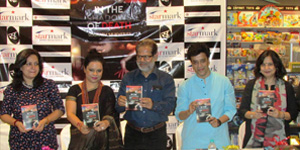 Book launch of "In the Shadows of Death"